Featuring discussion on the council's climate change strategy, a controversial cabinet meeting and the ongoing row over Dominic Cummings. Featured in the Advertiser on Thursday, June 28. 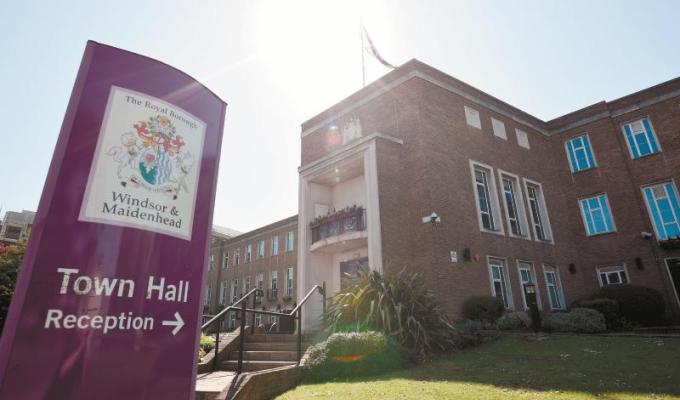 On March 15, along with 1,173 councillors, we wrote to Gavin Williamson MP to raise concerns in relation to school re-opening, disadvantaged students and their families and concerns about support for vulnerable children, and the important role of local authorities in coordinating any further opening of schools.

The closure of schools has amplified some of the existing inequalities that have been created in our society.

This has had the biggest impact on our most vulnerable pupils.

We call for the Government to continue to provide children, who are eligible for free school meals, with food vouchers throughout the school closure and the long summer holiday; a time when many children go hungry.

We recognise that teachers and headteachers have been working extremely hard for all their pupils during the lockdown.

Like them, we want any decision on reopening schools to be made using scientific evidence and when it is safe for staff and pupils.

We also ask that local authorities are fully included about future discussions on school openings.The full letter can be viewed at: https://tinyurl.com/y8ovlotn

What a joy it is seeing uncut road verges awash with so many wildflowers, particularly ox eye daisies at the moment.

Of course, necessary site lines will need to be cut, but I do know that borough councillor Donna Stimson is trying to make this the usual regime.

It will save the borough necessary money and, if cuttings later in the year are lifted, then the Royal Borough will be doing its bit for biodiversity, bees and other pollinators and, in turn, humans.

It’s a pity that the contractors have gone ahead and have already cut vast swathes of some verges in the borough.

The most pressing issue of our lifetime

The World War One generation was not defined by Spanish Flu, as ours will not by COVID-19, but most likely our treatment of the planet.

Tonight (Thursday), the most important meeting of the RBWM cabinet likely ever held will consider a policy on climate change, defining and branding the residents with our contribution to global warming and climate change for all generations to come.

A year ago, the council declared an emergency on climate change and carbon emissions driven by a resident, Dr Sarah Bowden.

Inexplicably, despite it being an emergency, RBWM decided to give itself a whole year to define a strategy to hit carbon zero by 2050.

The result is a policy authored by Chris Joyce (head of sustainability) and co-signed by a cross party councillor group proposed for adoption tonight, which is neither urgent nor meets the goals.

It demonstrates a total lack of understanding of the challenge or priorities.

It is impossible for anyone in good conscience to approve it.

Straight-line targets are specified that will use twice the carbon budget allowed for 1.5 degrees leading to a contribution targeting 2 degrees (which amongst other things doubles the loss of plant life , triples insect loss and reduces crop yields by 2.3 times ).

People get fixated on a net zero date – it’s irrelevant. It’s how you get there that matters.

The policy details how the council’s footprint is made up – who cares that it’s 0.7 per cent of the borough footprint?

Domestic gas use is 25 per cent. Sort your priorities.

There is no meaningful vision and has no policy for adaption (called inevitable in the Local Plan). It is simply an incoherent mess.

Consequently, there are no tough actions that will be required.

I personally had a dedicated RBWM report generated, free of charge, at the start of the year by the Tyndall Centre for Climate Change (like those used by Manchester and Leeds) authored by a world leading professor, to help the process.

It provides a detailed 13.1 per cent reduction curve to 1.5 per cent warming target which immediately begs ‘how can we do that so quickly?’ questions.

Why was this ignored? I generated a straw man strategy. Mr Joyce never called me to discuss either. The community collaboration claimed is centred on a few half-baked flip chart sessions and is in my opinion a kick in the teeth for the residents of the Climate Emergency Coalition (of which I am not a member).

My suggestions to the cabinet for tonight, who like the residents, have been let down, is waste no more time.

2. Plead with those in the community with knowledge, credibility and capability such as the CEC led by Dr Sarah Bowden to draft a coherent policy in weeks, not years.

3. Execute the actions you are given and encourage the residents to follow suit.

The cabinet meeting is live on YouTube tonight at 6.15 pm.

An open letter to Theresa May and all RBWM councillors,

On behalf of concerned constituents, I am writing to express dismay over the Government’s defence of the Prime Minister’s most senior adviser, Dominic Cummings. With more than 37,000 deaths reported so far in the UK, and the World Health Organisation warning of an imminent second peak, now more than ever is the time for clear messaging from the Government to protect public health.

I would like to offer Mrs May, and all elected councillors in our borough, the opportunity to denounce the Government’s handling of Mr Cummings’ actions – as doing so is the most straightforward way to regain control of the narrative and remove confusion over the rules.

As thing stand, without sanction for the PM’s top adviser who helps to make the rules, Government guidelines are completely open to individual interpretation – and therefore basically meaningless.

To illustrate that point, consider the following actions in the context of the ‘stay at home, protect the NHS, save lives’ slogan which was central to government communications for two months.

At this extraordinary time the government must be absolutely clear that the rules apply to everyone.

Mr Cummings’ circumstances were not extraordinary. Thousands of self-isolating parents have looked after their children and thousands more have made personal sacrifices to protect their fellow citizens and adhere to government guidelines.

Our elected representatives should reflect the anger of their constituents by making that plain.

Authorities should be more open than ever

In recent weeks, we have seen RBWM cabinet appear to take predetermined decisions on closing down community services, such as youth clubs near ourselves in Pinkneys Green.

These cuts are apparently in response to severe budget compromises resulting from poor financial management in recent years which predate the COVID-19 crisis.

When challenged by opposition councillors, these unsafe decisions were suddenly ‘set aside’ for future discussion.

The responsible RBWM members should have faced some serious and justified questions, so it is extremely concerning that the chair inexplicably ruled not to allow questions or observations from opposition councillors at last week’s online council meeting. We seem once again to have a leadership willing to deny democracy to residents and our elected representatives.

Under the current exceptional situation, local government should be at pains to be more open and transparent than ever, especially in supporting the most vulnerable in our community who are being most affected.

I, for one, hope that there will be no recurrence of the questionable practices of the previous, discredited regime – RBWM residents deserve better.

We need best practice for our residents

At its meeting on April 30, cabinet decided to close children centres. This decision was challenged (called in) by five Lib Dems and tBf councillors. The call in was heard by an overview and scrutiny panel on May 14.

The panel voted for resolutions that failed to adhere to the constitution. Another mistake had been made.

Cabinet met again on May 21 to agree a recommendation to ‘put aside’ the original decision.

Although he has this right it is the first time we can recall this ever occurring and is a break from established custom and practice in RBWM. This approach to governance is totally unacceptable, mistakes must be acknowledged. Our residents deserve better.

It probably pays to play nice over footpath

A sign has recently been erected at the entrance of Maidenhead Golf Club that seems to prohibit the general public from a right of way which runs through the car park and then between Courtlands and Crescent Dale to re-emerge in Shoppenhangers Road.

The RBWM Council’s Definitive Plan 7 of footpaths and bridleways clearly shows three footpaths going across the car park area of the golf club.

Surely the council did not envisage the restriction of a footpath when they granted the lease which expires in 2039.

This notice appears to restrict the right of residents to pass across this land, which is not owned by the golf club.

I understand that this ‘short cut’ is used by people travelling to the station and also those going to work at Fredrick’s Hotel and the industrial area in Norreys Drive.

With an impending planning application one would have thought that Maidenhead Golf Club officers and members would not want to antagonise the residents as there are likely to be many objections to any application. Rather an arrogant action I would suggest and maybe the new residents of this redeveloped area will have a more amenable attitude.