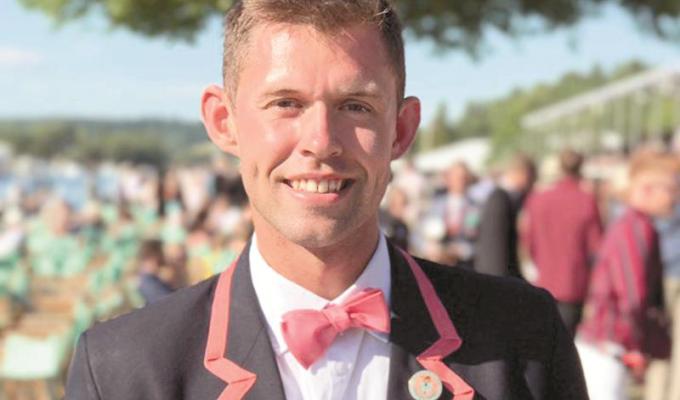 Maidenhead Olympian Jack Beaumont will be looking to inspire potential stars of the future when he cheers on competitors at Maidenhead Rowing Club’s annual regatta on Saturday.

Olympic silver medallist Jack Beaumont will be looking to inspire potential stars of the future when he cheers on competitors at Maidenhead Rowing Club’s annual regatta on Saturday.

Beaumont returned from Tokyo last week after securing a magnificent silver medal with teammates Harry Leask, Angus Groom and Tom Barras in the final of the men’s quadruple sculls on the Sea Forest Waterway in Tokyo.

On Saturday he’ll show off that medal and congratulate winning crews as they compete on the River Thames in Maidenhead.

“I’m looking forward to popping down to Maidenhead Rowing Club’s regatta this weekend so everyone should come down and give everyone a cheer,” said Beaumont.

“At Maidenhead Regattas I’ve received medals in the past from Olympic bronze medallist Alan Campbell and Olympic silver medallist Debbie Flood and it was hugely inspiring.

“But I also hope people see see how much fun I have doing it.

Beaumont learnt his craft rowing for Maidenhead Rowing Club, while the event is staged right outside the front door of double Olympic swimming champion Tom Dean. Clearly there is something in the water along this stretch of the Thames.

Thirty clubs, encompassing 212 crews and 635 competitors are due to take part, with the Lagan Scullers' Club coming over from Ireland to take part in the regatta. Racing starts from 8.30am with the last crews due to go off at 5.53pm.

Once again there will be a comprehensive line-up of races, including junior, senior and adaptive rowing events.

Maidenhead Rowing Club aims to provide a ‘safe, friendly, and supportive’ environment for all its members to pursue their ambitions, or simply their love of the sport.

The club is also keen to welcome new members of all abilities.