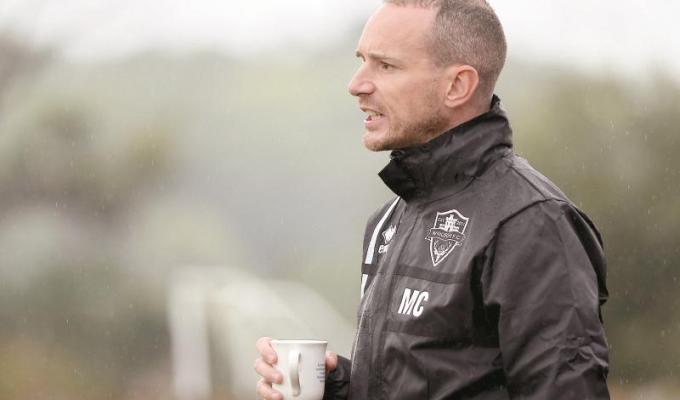 Mark Cooper agreed Windsor endured a tricky test on Tuesday evening as the Royalists fell to a 3-1 defeat against Ascot United in the Berks and Bucks Senior Cup first qualifying round.

Mark Cooper agreed Windsor endured a tricky test on Tuesday evening as the Royalists fell to a 3-1 defeat against Ascot United in the Berks and Bucks Senior Cup first qualifying round.

Against an Ascot side with an eye for silverware this season, Windsor gave a good account of themselves after going 1-0 down – courtesy of Taylor Morgan – in the 16th minute.

Charlie Jaggers was able to restore parity with an exceptional strike from distance that sailed past ‘keeper Sam Gray in the 21st minute, and the Royalists defended resiliently to close out the half.

However, the home side were able to restore their lead just past the hour mark, thanks to Morgan again, before Harry Laflin scored his 11th goal in as many games to wrap up the tie.

“Ascot are a real force going forward with Laflin, the lad who scored twice, and a boy they have from Uxbridge,” said Cooper.

“You combine that with the problems we’ve had defensively this season and you end up paying a bit of a price.

“It was a game littered with very good goals. Their striker scored two brilliantly taken finishes, and Charlie got one himself.

“We went into the game with seven injured so it was always going to be a tricky test for us.

“But, we can’t fault the boys in their attitudes approaching the game and the energy levels they had after we went a goal down.

“Some of the football we played was of a high standard and it bodes well for us going forward.”

Steven Deverall snatched Holyport FC a share of the spoils as they fought back in the second half to claim a 2-2 draw with Virginia Water in their Combined Counties clash on Friday evening.

The hosts had raced into a two goal advantage before the half hour mark with Port unable to finish from the penalty spot in the 15th minute.

Daniel Rapley did manage to find the net five minutes from the break however, and in identical fashion Deverall scored in the 85th to secure Port a point.