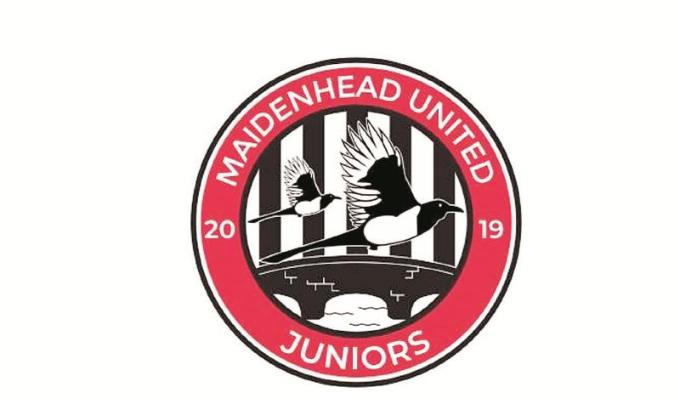 There were goals galore once again for Maidenhead United’s Junior teams this weekend.

There were goals galore once again for Maidenhead United’s Junior teams this weekend.

The u10s Braves played their match against Townmead Blues in a ‘good, competitive spirit’ and manager Phil was delighted with how well the players applied themselves: “The whole team worked hard for each other today and my player of the match (POTM) goes to Ben who put in a real shift in the right wing back role and played with his trademark intelligence and diligence.”

Meanwhile, in only their second ever match, the u10s Vipers controlled matters from the first whistle against AFC Reading, Will opened the scoring with his first for the club before Magizh scored a hat-trick on his debut. Alex produced some impressive saves and some stalwart defence from Ruby kept Reading at bay until the dying seconds.

Hayden produced a lovely finish to get the u10s Blacks up and running in their game against Ashridge Park. Early in the second half Luke broke clear to slot home before Hayden added a second and then completed his hat-trick with a cheeky back-heeled finish. Ashridge pulled a goal back before Oscar netted on his debut for the club. Harry fired home his second free kick in as many games and Tyler was rewarded with a goal late on for his fine pressing game.

There was a near full slate of fixtures played by u13s teams in the Thames Valley Football Development League on Sunday, with the Golden Eagles winning 6-2 away at the Burnham Junior Sabres Yellow.

Most of the goals came in the second half, with Gabbie Cardoso scoring four for the Eagles and Rijad Krasniqi and Jacob Moore adding one apiece. With the Eagles’ keeper out injured, Mohamed Christian-Fares and Karam Sidhu stepped into the breach and proved to be excellent replacements.

Dropping down to Division 2 there was a resounding 9-0 win for Frontline over the Golden Eagles Flyers, while RedKore edged out Singh Sabha 6-5 in another high scoring game.