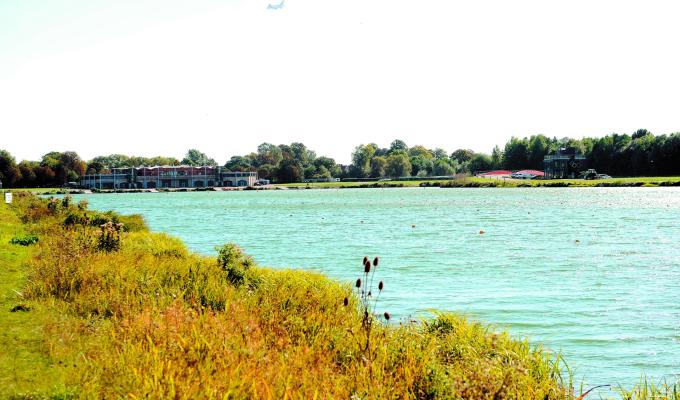 Residents have complained of large gatherings on the site belonging to Eton College and anti-social behaviour including litter, jumping off bridges and consuming alcoholic drink and drugs.

Visitors to the lake have also been causing problems on the roads, with car owners ignoring double yellow lines in nearby Court Lane and Marsh Lane.

A statement on Dorney Lake's Facebook page, posted on May 22, added: "We are very conscious that in the last few days with good weather and the relaxation of lockdown there have been increased visitor numbers with a lot of anti-social behaviour and extremely inconsiderate parking.

A Public Spaces Protection Order (PSPO) for Dorney Lake was put in place on March 11, giving police the power to issue on-the-spot fines for antisocial behaviour.

Dorney Lake said this was granted in recognition of the fact that 'persistent incidents of an array of aggressive, unreasonable/antisocial behaviour including alcohol and drug abuse, littering, vandalism and bridge jumping has had a significant negative impact on the local environment, our events and the quality of life in the locality.'

Officers then began making regular patrols of the lake at the peak times, including dog handlers and mounted officers.

Eton College also has two security guards on its main gates and internal barrier throughout the day on every day of the week, and monitors the site with CCTV.

However, despite these measures, the gatherings continued. The college held a meeting last week with the police and Bucks councillors to try and find a solution.

On Monday (June 1), the college announced that Dorney Lake is now closed pedestrians, cyclists and all vehicles until further notice.

However, according to Janet Walker, bursar of Eton College, it cannot physically close the site to pedestrians and cyclists, as there is a Sustrans path running around the perimeter of site which cannot be closed without a temporary footpath closure order.

Visitors could still walk onto site having parked outside the lake, further exacerbating the problems caused by parking on Court Lane and the surrounding roads.