Update: Person dies after being hit by train near Maidenhead 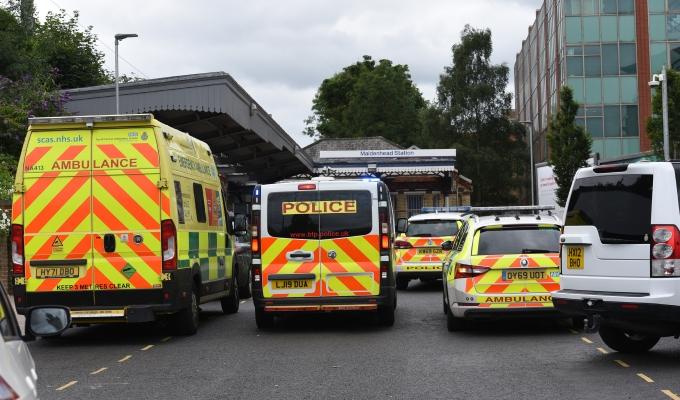 British Transport Police has confirmed a person died after being hit by a train on Wednesday.

Emergency services were called to Maidenhead Railway Station at 12.42pm following reports of a casualty on the tracks.

Paramedics also attended but the victim was pronounced dead at the scene.

A spokesman for the British Transport Police said officers are working to identify the victim and inform their next of kin.

The incident is not being treated as suspicious, the force added.

All lines are currently blocked between Reading and London Paddington stations due to a person being hit by a train.

Emergency services, including police and ambulance crews, are currently at the scene at Maidenhead Railway Station.

Trains running to and from these stations could be cancelled or face delays of up to 90 minutes, the train operator added.

Trains running to and from these stations will be cancelled or delayed by up to 90 minutes
Disruption expected until 15:30