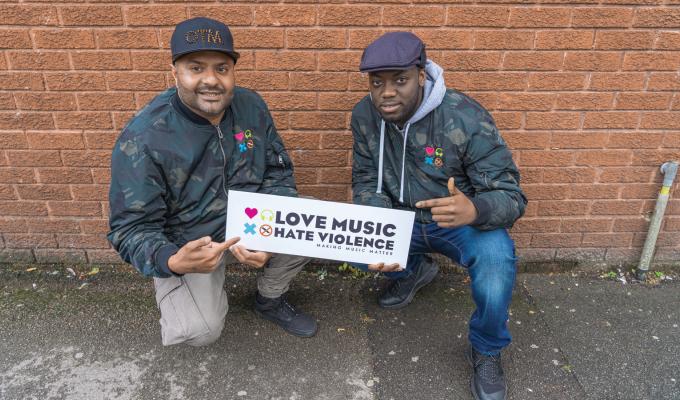 An anti-knife crime campaign is preparing to take its message back into schools after it was forced to alter its plans due to the pandemic.

The Britwell Youth and Community Project Love Music Hate Violence (LMHV) launched its new initiative – which aims to steer children away from a criminal lifestyle with positive messaging – in February.

Now schools have reopened LMHV is reigniting its new project.

“It stems from the knife crime we had been seeing around us but also what is happening is our young people have been massively influenced by the gang culture that we are seeing a lot of in London,” said LMHV project leader, Stephen Ambrose.

Stephen, who is known as Stevoss, and his DJ crew Rhymestar, Brownie and Uncle Gidz have been encouraging children and teenagers to write rap music with positive lyrics.

Stephen said: “There are a lot of up and coming rappers in Slough that are writing lyrics like what we are seeing in London.

“Youngsters are getting caught up in this lifestyle of selling drugs and trying to make money out of it.

“What comes with it is the music because that fuels the energy.”

The LMHV crew will be visiting schools across Slough.